The Y9 and Y10 teams had their tournament. This included competing against other Doncaster schools. The Y9 team, captained by Abbie Shaw, battled hard and came 3rd on goal difference! They beat Don Valley and Thomas Wharton, drew with Hungerhill and were beaten by Hayfield. The Y10’s, captained by Melike Eraydin, also came 3rd, with some tough games against Hungerhill and Hayfield. Some excellent netball was on display, with some of the Y8’s playing for the Y9 team. Well done to everyone involved!

The Y7/8 basketball team played in round 6 of the Junior NBA tournament this week. They won both games against Campsmount and Hayfield!

The U14 boys’ team had previously qualified for the Yorkshire finals. The team showed great spirit and played well throughout to come runners up to St Peter’s from York. Some excellent talent on display across the competition, with Hall Cross, now going on to play at the North East playoffs; we wish them the best of luck!

The U12 team were coached at Hill House this week. They played some games, coming away with a win and a loss, but a lot learnt! Thank you to Hill House for hosting. MOM was awarded to Josiah and Ollie. Jaipal scored 3 goals and Ollie came away with a goal too. 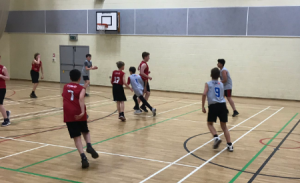 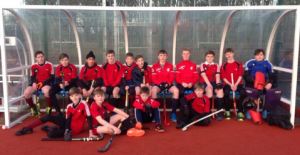