October started with the Ist XI taking the long trip to Yarm. As usual, there was the statutory initiation solo karaoke on the minibus with a surprise rendition of Barbie Girl from the club captain Tom Palmer. This put the team in good spirits for a tough game. Yarm dominated the first half leading 3-0. After firm words from Mr Bambrough, the second half was much better defensively and only one further goal was conceded. Debuts went to Jibran Raja and Charlie Graham. A special mention must go to Jack Henshaw who stepped in as goalkeeper and played the role in his usual adventurous way diving around the D, intercepting crosses and diving at attackers feet. Some work is needed on his balance as he did end up falling into his own net. Thanks, Jack. That is now ⅔ Henshaws who have been in the net. I am not sure if that is one position Dad has played in. U15 went to QEGS with a few Year 8/9 in. QEGS scored some excellent team goals and Year 10 lost 9-2. The two goals were scored by Joe Woodiwiss and it was year 8 Jack Walton who shepherded his defence excellently which earned him the MOM. A big thanks to George Henshaw, Ewan West, Leo Rudd, Frankie Wilson and Jack Walton who made their debuts for Year 10. A great effort from these boys.

The Year 9 continue to develop as a team with a clinical win over Loughborough 2-1. Goals scored by Ewan West and Yuraj Singh were the difference between the teams.

U14 Girls had their return fixture against Queen Ethelbergas in very wet conditions. The A team Captained by Millie Field just lost out 2-1. POM shared by Leaha Thompson and Lexie O’Donnell. The “B” team had a comfortable win 9-1 captained by Ella Woodhouse. A good turn out which will help them in matches later this month.

U18 Mixed team had their first match but despite no initiation karaoke, the spirit was good. A good competitive game played in the “mixed spirit” saw Tapton win 3-1 with our goal scored by   Max Davidson. Thanks to Katie Walton, Hannah Cusack and Franky Davidson. I know you really enjoyed it. Hopefully, we can fit in another Mixed game.

On the 18th October, we invited 16 Year 7s to Doncaster HC. They thoroughly enjoyed the coaches warm-ups and then joined in with other U12s in some small-sided matches. Many have now said they will be joining the Hockey club. Good news for the club and school.

The girls were excited by the upcoming South Yorkshire tournaments, which we were entering for the first time in a while. Firstly the U14 Girls travelled to Hill House and enjoyed playing new schools. The girls played well against Westbourne but could not score with Amy Clark hitting the post, eventually losing 1-0. They then played a strong Hill House team who scored good team goals. However, they did adapt towards the end. This then helped in the next game when they beat South Axeholme 2-0 with 2 goals from Amy Clark. This was also the first time we saw the furry “sliders” appear. Watch out for future appearances.

The U16 Girls went one better and were runners up in the U16 South Yorkshire. This was helped by 3 great strikes from Frankie Davidson. They then went to Manchester to play in the North Qualifier. Their attitude through a tough competition was excellent and as a team, they made excellent progress. They lost to the eventual winners King Ecgberts. They then enjoyed two competitive matches against Austin Friars losing 1-0 and then 3-0 against Fallingbroome, when they were tiring. Playing both U14 and U16 with students from Year 7 to Year 11, including to Year 7 GKS izzy and Charlie:  the future looks promising as long as the girls continue to train and stick together.

On 3rd November, players along with Mr Cowan and Mr Hargrave travelled down to London to watch GB Men and Women qualify for the Tokyo Olympics. We had great seats directly behind the goal, so penalty corners and goalmouth action were really quick and exciting. However, with all trips, the highlights for the students were the chips and getting signatures from the players. Despite the long journey all students really enjoyed themselves and are looking forward to the Pro League after Christmas. There will be at least one more trip so look out for this. Thanks to Mr Hargrave who enjoyed his first live hockey. Beats a day in a swimming gala!

U16 boys have been combining studying for mocks with preparation for the Indoor Hockey tournaments. They have all committed to extra training on a Tuesday night where they have made excellent progress as a team. Initial training was really helped by Alistair West sharing all his skills and knowledge in intense training sessions. The emphasis was then on their decision making and team cohesion. By the end, nearly all the boys could get out and put away the equipment.

However, this team ethos helped in the NE tournament where they were close R/up. Two close victories against Yarm and Richmond led to the key match vs Egglescliffe. They made excellent decisions throughout the game but were narrowly beaten 2-1 with the winner just creeping over the goal line. They qualified for the North Finals by beating Hymers 5-0 with Leo Baldwin and Joe Jenkins make their debuts. Goalscorers during the day were Jack Stoves, George Fisher, Adam Bambrough, Adam Allam and  Noah Potts. They go to Manchester Grammar on 5th December for the North Finals. Big thanks to the school for letting the boys go during Mock week. Good luck.

The first Hockey social was a great success. Over 50 hockey players across all years turned up to do battle in the Ten Pin night. Miss March, Miss Hill and Mr Young added some well-needed skill and experience as students battled out for various awards.

Awards were presented to:

Thanks to all players who turned up and lookout for the next one.

Wishing you all a Happy Christmas. 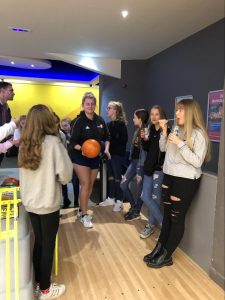 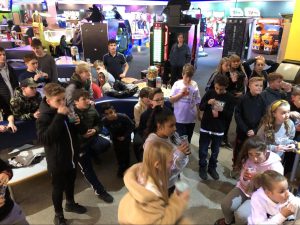 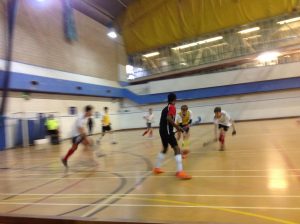 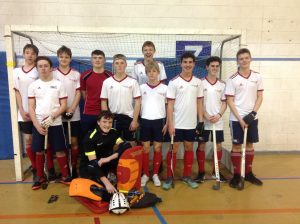 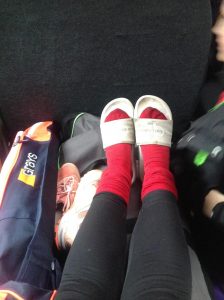 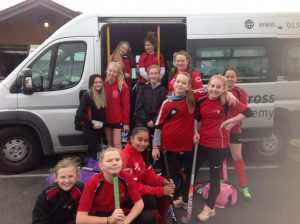 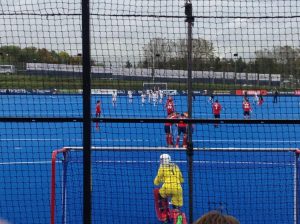 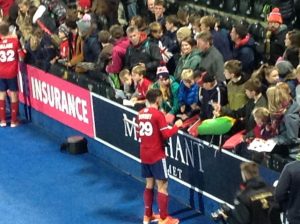 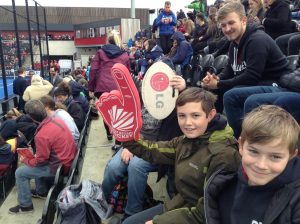 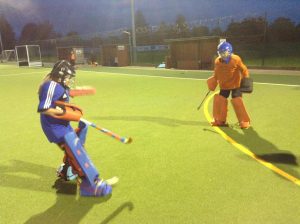 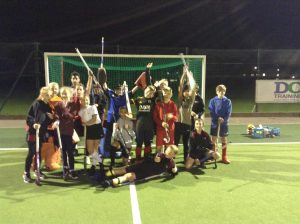