On Friday the Y7/8 girls football team represented Doncaster Rovers at the EFL schools cup. This was the next round of the competition as the team had won the Doncaster tourn 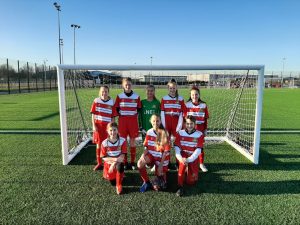 ament in November. They played against teams from across Yorkshire, Nottinghamshire and Humberside.

The team were in a group with Hull City, Rotherham United, Sheffield Wednesday and Mansfield Town. The girls played their best football against Mansfield Town and Lexie scored a great goal from Lucie’s goal kick. They were unfortunate in this game to concede in the final minute and draw 1-1. Hull City and Rotherham United also provided tough competition and the girls, unfortunately, lost both these matches. After the 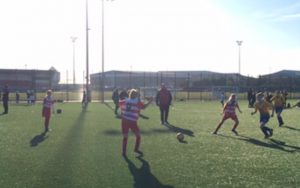 disappointment against Hull, the team turned it around to beat Sheffield Wednesday 1-0 and again this goal was scored by Lexie. With great defending and goalkeeping by Kenzie and Alicia in Y8, the Y7 girls of Cadie, Isla, Lily and Madison will hope that next year they can represent Doncaster Rovers again. A great achievement to reach this stage of the competition and fantastic football by all involved!